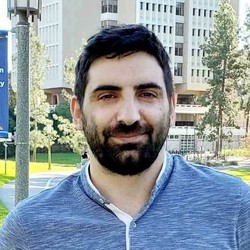 Georgios Bouloukakis is an Associate Professor at Télécom SudParis. Before joining Télécom SudParis, Georgios worked as a postdoctoral researcher at the University of California, Irvine in the Distributed Systems Middleware group. He obtained his Ph.D. from UPMC/Sorbonne in 2017, conducting his thesis at the research center of INRIA Paris, France. He has received funding from INRIA@SiliconValley, CORDI-S and ICS-FORTH (in Greece) to conduct research during his Postdoc, PhD and MSc degree, respectively. His research interests relate to Middleware, Edge Computing, Internet of Things and Distributed Systems. His current research focuses on the design of extensible, robust and reliable IoT systems by leveraging fundamental mathematical models, autonomous computing and state-of-the-art technologies.